Skip to content
For two weeks the U.S. Senate has been unable to break the logjam on attaining the needed 60 votes to invoke cloture and pass a continuing resolution (CR) funding federal agencies at FY 2016 levels through December 9. Democrats have been unwilling to support the CR because republicans inserted policy riders that were unacceptable.  Most of the unacceptable policy riders were removed from the CR and Democrats continued their opposition until republicans showed more good faith that they would support federal funding to help the people of Flint, Michigan deal with their drinking water contamination crisis.
The Senate had already included $220 million for Flint, Michigan in their Water Resources 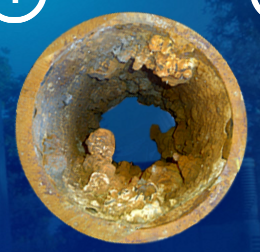 Development Act, S. 2848, that passed on September 15 by a vote of 95-3. But, the House of Representatives had yet to act.
The House of Representatives is currently debating HR 5303, the House version of the Water Resources Development Act (WRDA). Late on Tuesday night, September 27 the US House Rules Committee voted to allow an amendment sponsored by Congressman John Moolenhaar (R-MI) and Congressman Dan Kildee (D-Flint, MI) to be voted on the House floor on September 28 for inclusion into HR 5303.  The bipartisan amendment provides $170 million “to any community…in any State for which a Presidential emergency declaration has been made under the Stafford Disaster Relief and Emergency Assistance Act.”  Eligible systems are those with the presence of “chemical, physical, or biological constituents, including lead or other contaminants in the eligible system, for the repair or replacement of public and private infrastructure.”  The drinking water amendment is expected to pass the House of Representatives.
Senate Minority Leader Harry Reid (D-NV) just announced he has received assurances from House Democratic leaders and Senate Majority Leader Mitch McConnell (R-KY) that financial assistance for the city of Flint, Michigan will be provided in the lame duck session of Congress following the elections. Reid said he is confident Congress will be able to to resolve outstanding issues with the continuing resolution. Once the CR is adopted both the House and Senate will adjourn quickly as Members of Congress are eager to return to campaign in their respective districts/States.
There are more than 5,300 water systems across the U.S. in violation of EPA’s lead and copper standards. Cansler Consulting, LLC represents Sanexen Environmental Services of Montreal, Quebec (http://sanexen.com/en/) Sanexen rehabilitates U.S. water main systems. Sanexen’s affiliate in the U.S. is Sanexen Water Inc. and has locations in Emmaus, Pennsylvania and Littleton, Colorado.
Sanexen specializes exclusively in the trenchless rehabilitation of drinking water mains by installing the Aqua-Pipe™ structural liner.  To date Sanexen has installed over 3 million feet of water mains throughout North America including in U.S. cities such as Boston, Cleveland, Detroit. New York City and Omaha.  A 12,000 ft project in Baltimore is underway and pilot projects in Los Angeles and Anaheim will soon begin.
The trenchless water main rehabilitation provides a viable alternative to utilities versus replacement and is implemented at a significantly lower economic and social cost.  To obtain a better idea about Sanexen and the Aqua-Pipe structural liner we invite you review one of our (5 min) You Tube videos at: https://www.youtube.com/watch?v=SKoCZv5Av44.
We agree there is a significant challenge with drinking water infrastructure throughout North America and Sanexen wishes to be a part of the solution to these challenges. 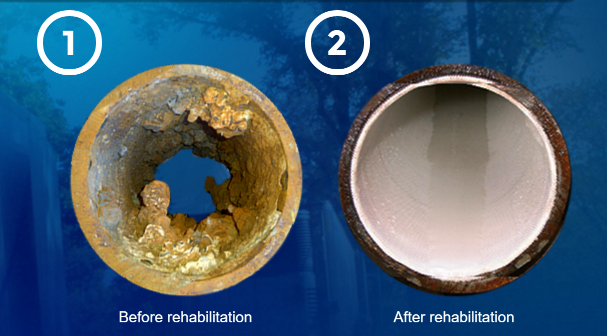